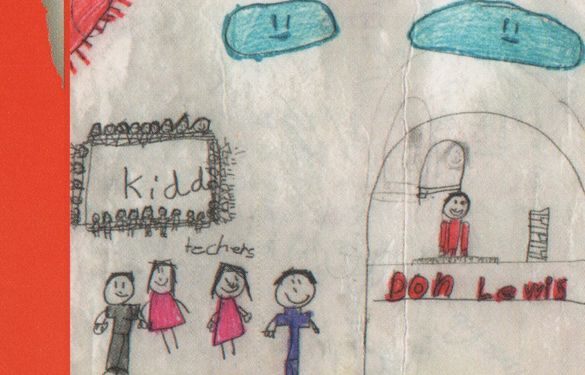 Like most innovators, Don Lewis is always thinking ahead and the occasion of his 78th birthday last month was no different.

“I’m reading a book called The Jazz of Physics: The Secret Link Between Music and the Structure of the Universe,by Stephon Alexander,” he said. “The next thing for me is to discover how innately we’re wired for the sensation of vibrations. I’ve always been interested in what resonates with us.”

Lewis has witnessed firsthand just how powerfully music resonates within us through his educational school assembly program, ‘Say “YES” to Music!’ which he launched in 1987.

“We have three senses that actually deal with vibrations: hearing, sight, and a visceral feeling,” he explained. In fact, his desire to invoke that visceral feeling in others by electronically replicating traditional musical instruments drove his original passion for developing synthesizers.

Though the sunsetting of his club career, as highlighted in “The Ballad of Don Lewis,” led him on a professional detour, he never dreamed it would also open doors for him to develop ‘Say “YES” to Music!’ – a program that introduced the joy of music to tens of thousands of children that Lewis would never have reached otherwise.

“Sometimes when you least expect it, special things happen-   and this program was no exception,” said Lewis. “It evolved naturally - even though I didn’t realize it.”

At the time, he was touring as a demonstrator and concert artist for Yamaha, playing the HX-1, an instrument he calls “a futuristic idea of what an organ-inspired synthesizer might be, and based on the same FM technology Yamaha licensed from Stanford.”

Usually the audiences were filled with adults, but on a concert tour in Delaware in 1987, Lewis unexpectedly found himself introducing that ‘visceral feeling’ to a large gathering of high school students. The experience inspired not only the ‘Say “YES” to Music!’ program, but also its name.

As he tells it, “We were setting up for an evening concert hosted by a local Yamaha dealer in Lewes, Delaware at the Cape Henlopen High School auditorium. The day before, a vice principal heard me setting up and asked if I would perform for some students.” Lewis agreed and ended up playing for 400 of the 1600 students at the school- the maximum number of seats in the auditorium.

“The kids were just grooving out!” Lewis recalled ecstatically. “At the end of the program, the school asked if I would bring up the subject of “Say No to Drugs,” a nationwide initiative, and so I did. But I also told the students how I remembered being tired of grown people telling me ‘No!’ to everything when I was their age.  “So I also asked them: ‘Is there ANYTHING we can say YES to?’  Spontaneously, all 400 kids said: ‘MUSIC!’”

The story doesn’t end there. A disappointingly small audience of 75 showed up that night for the music dealer’s concert, but Don assured them they shouldn’t worry based on the excitement of the 400 students he had played for earlier.  He was right. Shortly after Lewis and the Yamaha entourage moved on to their next gig in Philadelphia, the dealers from Delaware called with exciting news: the store had been mobbed Friday and Saturday with the students’ parents, signing them up for music lessons and purchasing instruments.

Lewis also received a call from the school principal, 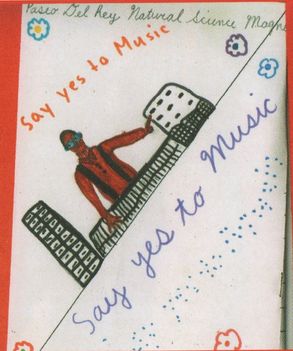 asking him to return and perform for the remaining 1200 students, which he gladly did. Their overwhelming response sparked the idea for the program and ‘Say “YES” to Music!’ was born.

The program became Lewis’ passion project and if the boxes of student drawings and letters Lewis received over the years is any indication, his passion rubbed off. “This program has changed more lives than I can imagine- entire generations,” he said, clearly still amazed.

Lewis continues to advocate for music programs in local school districts. “I feel many of the problems we have in this world are because we’re ignoring our innate nature of wanting to resonate with each other,” he observed. “We’re having the most problems in places where music is minimalized.”  In a presentation to a school board, Don stated "The evidence is in.  The universe is a living, interactive art form.  Math and science are merely the tools we use to understand the art form so why would we omit art from the schools?"

Becoming a champion for music education was never on Lewis’ radar, but now it is his legacy- as are the budding musicians and music teachers who pursued their dreams, thanks to the ‘Say “YES” to Music!’ program.